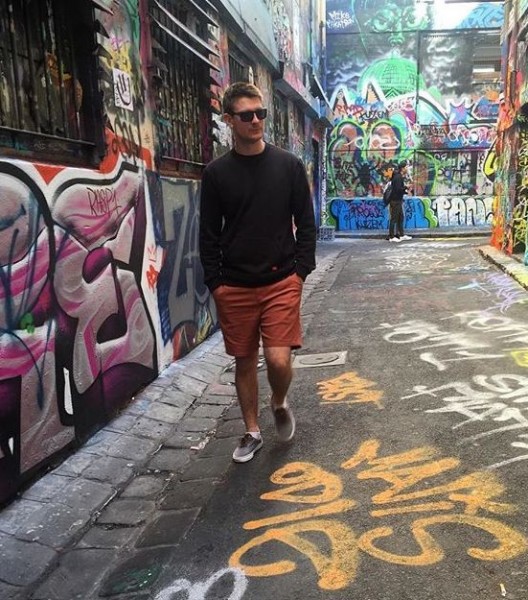 In my previous role, I was travelling for the better part of three hours each day (when there weren't any train delays!).

After doing the long commute for a few years, I came to a crossroads. I wanted to take the next step in my professional development, but I also decided I wanted to spend less time on the train and more time with my wife.

I put together a list of qualities I wanted in my next position as well as the maximum amount of time I wanted to spend commuting.

With this list, I started looking around and talking to recruiters and colleagues about available local positions. However, nothing really got close to the goals I had set.

To be fair, I didn't live near any capital cities or sexy tech/startup locations, so most of my searches ended up at small boutique web shops which would lack much of the professional development I was looking for.

One night, as I was scrolling through an online job board, the location filter of "Remote" triggered a lightbulb moment.

Working remotely wasn't something I had previously done in a full-time capacity. Sure, my existing role occasionally allowed me to work from home. However, it was never a well-defined thing, but rather a perk unique to myself and another colleague due to the distance we travelled.

After that night's epiphany, I began searching more and more for remote work.

As luck would have it, I was following someone on Twitter that had become a recent alumni of Envato who, despite going off to his own startup, was spruiking the available roles and how great the whole environment was.

I ended up checking out the jobs page and politely DM'd him some further questions about a role. He then put in a note to the recruitment team to have a chat with me and the rest is history!

I'm currently employed at Envato as a Senior Site Reliability Engineer tackling some of our wider-reaching security, performance and reliability issues.

The Ruby on Rails monolith that powers Envato Market is one of the oldest and largest Rails applications and as such, requires a special type of caring and feeding due to the scale it operates on.

Envato is one of those places where we are consistently taking on interesting problems that the majority of internet users wouldn't know were problematic over a certain amount of traffic or scale and we need to make it Just Work™.

Along with this, I'm an avid lover and contributor to all things open source due to how reliant we are on some of the projects internally.

I take an extremely methodical approach to most things I do in life and my daily routine is no exception.

My usual morning starts at 5am. While I don't often drift from this wake-up time, I do give myself a pass if the night before was a late one or if I woke up many times during night.

I've learnt that sleep is an asset you can never "catch up on", and I consider it extremely important in setting up the day for success - whatever success ends up being that day.

After waking up, I spend 20 minutes meditating. This hasn't always been the case but I've found it remarkably efficient at forcing you to slow down and see things as they are and not what you perceive them to be in the moment. Depending on the work and challenges I've got going, I write some morning pages to get my monkey mind trapped in ink. This has been super effective for working through a range issues and it's so simple!

Once I've got myself in the right headspace for the day, I will have some breakfast and duck out to my favourite coffee shop.

Depending on my mood, I will either spend an hour or so working on some open source project or reading. I've found it quite beneficial to switch this up as I don't consistently feel like either but do enjoy both.

The actual work day does tend to start a bit earlier than others at HQ despite being in the same timezone. Thanks to our asynchronous communication style, this means mornings are generally periods of long, uninterrupted work for me.

This does vary if I'm on call or working with teams in other time zones, where the morning is our only overlap.

I'll work until I feel hungry, which generally happens at 11 or 11:30 - I'll then make sure I get outside and grab a bite to eat. If I've made myself some lunch at home, I'll go out to enjoy it either in our yard or at one of the great local viewpoints. Sometimes I'll even get a sneaky skate in before returning to work.

Sometime between 4 and 5, I'll hit that mental wall and will call it a day. I'm very wary of working a lot of hours.

When I first went remote, my wife was an awesome alarm clock to remind me to get out and finish up the day. These days, I don't need the poking, since I am far more in tune with when I need to take a break.

I have a home office which I've gradually built out to support the various stages of my day (fiddle toys, notepads, greenery).

I also have a couple of coffee shops that I'll frequent if I have an admin-heavy day and know I'll need a bit of extra stimulation.

My home office was one of the few things that I splurged on early in my remote move.

In my previous job, I fashioned a standing desk from a couple of paper ream boxes and a coworkers unused shelf (before it was cool!).

This was because the cheap chairs there aggravated my back and resulted in me making more trips to the physio than I would have liked.

So naturally when I went remote, I decided to spend some extra bucks to ensure that my home office was going to be comfortable and that I was going to enjoy being in there.

I ended up buying a sit-to-stand desk and a Herman Miller Embody chair, which have been worth every penny.

During my 3+ years so far at Envato, this is by far the most requested question I get from our new remotes and anyone that is looking to spend more time working from anywhere.

So much so, I ended up writing a blog post that I keep updated for others.

Everything I'm thinking I need to do or want to do ends up written down.

For a long time, I flipped between all the to-do apps/methodologies you could imagine. I ended up spending a small fortune trying to shoehorn someone else's system into how I liked to work.

That was until I stumbled onto the Bullet Journal system. To say it's changed the way I work would be a huge understatement.

I'm not one of those creative people that make their Bullet Journals look pretty; mine is about as utilitarian as they come, and I wouldn't have it any other way.

I'm a big believer in communication being asynchronous. Instead of leaving Slack/email open all day in the dock, I open it up a few times a day and allocate some time for clearing it out.

This has enabled much longer periods of deep work, since I'm not constantly waiting for email or Slack messages to land on my screen.

Removing work email and Slack from my phone has also yielded very positive gains. It means that when I step away from the office for the day, I can't be tempted to checking in and seeing what might need my attention.

Pagerduty is now the only work-related thing that has kept its place on my phone.

Knowing when to take breaks has been a learning experience that has enabled me to stay on task more often without wanting to drift.

If I find myself getting a bit restless or stuck, I know I'm getting low on focus and will go for a skate for 10 or 15 minutes, or just do some stretches. This allows me to come back revitalised and ready to get back into work.

It's amazing what stepping away from the computer and exercising will do for your focus - and it costs you nothing!

Working remotely has really opened my eyes to the fact that "work" isn't a separate thing to the rest of your life, and it all needs to be balanced based on what you see as your priority.

As for remote work itself, the freedom and flexibility are the two big things for me. I can work from anywhere that has an internet connection in a setting that helps me focus.

Sometimes I need more distractions to allow more free-flowing thinking, while other times I just need to strap in be distraction free.

It's also a huge win that if I need to run an errand during the day, I can get it done without sacrificing other parts of my day. For example, sprinting to the Post Office 5 minutes before it closes to collect a parcel before they close for the weekend.

Remote work (specifically heavy async communication) has also forced me to slow down and really think about meaningful communication and being as efficient with it as possible. When you're communicating with people in multiple timezones, you lose time going back and forth if you're not succinct and lay everything out properly.

It's not quite mainstream...yet. This means that despite many companies being "remote friendly", they aren't very well equipped to support their remote teams.

I was very lucky with Envato in that a couple of the early remoters before me really advocated hard for Envato to be a remote first company, and the engineering staff wanted to drive that support.

In the last 5 years, this space has started to expand. However, many companies still aren't interested in investing in remote work support and would rather invest in getting talent to come to wherever they have a physical office space.


What did we forget to ask Jacob Bednarz?

At RemoteHabits we're always trying to improve our interviews, what question should we have asked Jacob Bednarz?

Jacob is a Senior Site Reliability Engineer for Envato where he spends majority of his time building reliable systems from unreliable components. 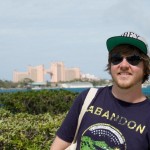 Interview with Cameron, a designer who works remotely at a WordPress agency 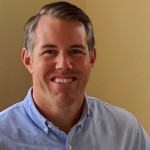 Interview with Tyler, a director of customer success models how to start a remote work career

From networking to land a remote work gig, to building out an exceptional remote work tool stack, Tyler has quickly figured out how to thrive in remote work. See his tips for starting strong. 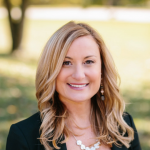 For 10 years, BELAY has been a 100% remote work company. CEO, Tricia, shares the tools that keep them thriving and how boundaries & expectations contribute to their success.