How do you decide which clients to take?

Question: How do you decide which clients to take? Read answers from remote workers to learn. 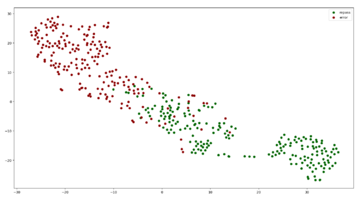 Interview with Hanling, a data scientist that works remotely on machine learning

The first thing I'll look at when viewing a job on Upwork is the client's feedback and how much he/she spent on the platform. If the client had completed many jobs on Upwork with good feedback and spent much, then very likely this is a good clients.

Good clients always have a clear description for the job, clear goal to achieve, timely communication and show respects.

I've met clients who ask modifications again and again but wouldn't pay a penny, as well as clients who pay once the work is delivered and reviewed and pay bonus for my excellent work.

If the client is new to the Upwork, then we need to be a bit more cautious. Besides, I also pay attention to the district clients from. For example, I've met many clients who give unreasonable low price for large workload, so now I don't apply for those kinds of jobs.

Hanling started working remotely as a student and now does freelance machine learning and data analysis for clients all around the world.

Read full interview from Interview with Hanling, a data scientist that works remotely on machine learning. 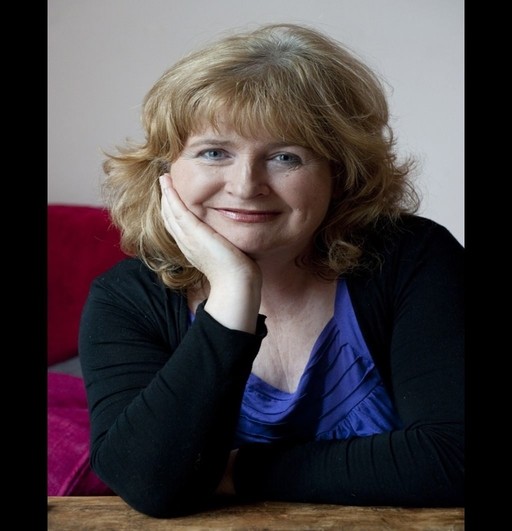 Before I work for new clients, I speak to them (usually on the phone) and learn about their business. That way, you can measure if you and the potential client are a fit for each other or not.

Run when you must if the project or the expectations of you are unrealistic.

A good rapport on both sides is desirable when working remotely; the better you understand your clients, the easier it is to do good work for them.

Rosemary, a digital content marketing manager shares the freelance lessons she has learned over the years—see her tips & exceptional entrepreneurial wisdom. 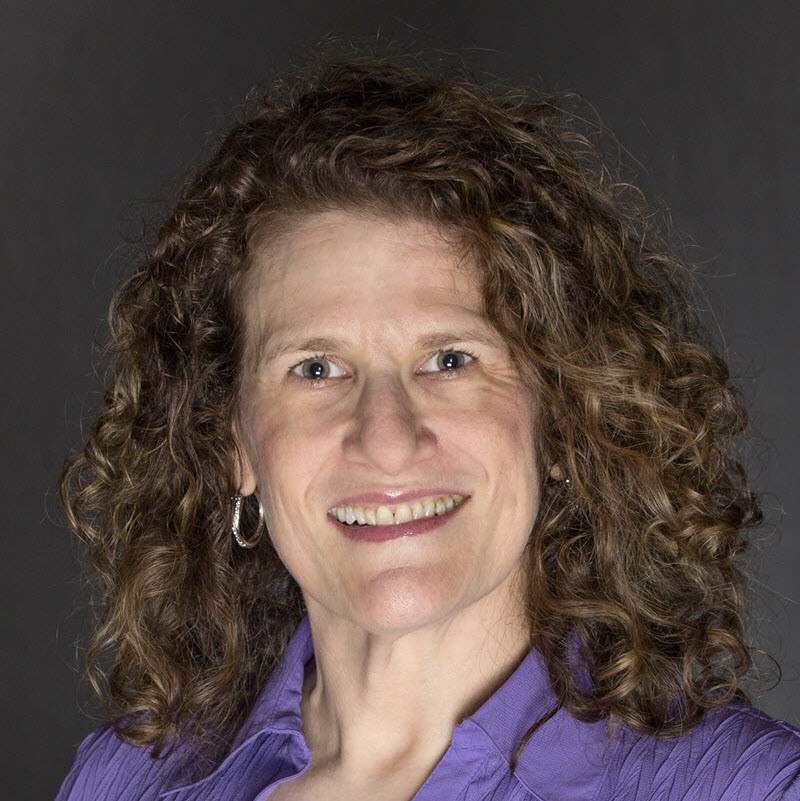 Interview with Meryl, a digital marketer and master of home office organization

I've been fortunate that I get the right clients as most work comes from referrals and repeat business. In the 15 years I've done this full-time, I've rarely passed on clients and projects.

Meryl K. Evans is skilled at creating a home office that leads to remote work flexibility. See her advice for creating a successful workspace, and hear about her journey into freelancing.

Read full interview from Interview with Meryl, a digital marketer and master of home office organization. 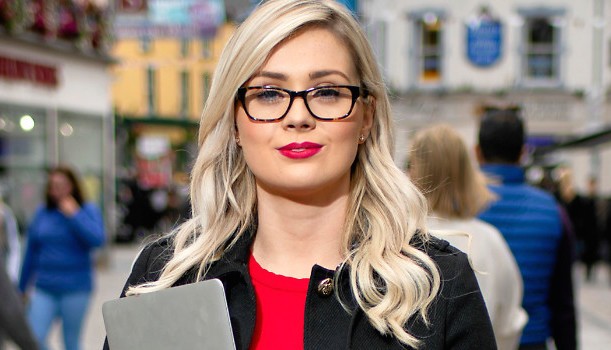 I work with clients that are wanting to make a change in their business —be it starting or scaling a company remotely or looking to improve their remote workforce's performance in an already distributed company.

For me, it's important my clients are willing to adapt and change, to try something new to reach their highest potential for growth.

Shauna is a consultant that guides companies in thriving while remote—see her advice for staying grounded as a remote worker. 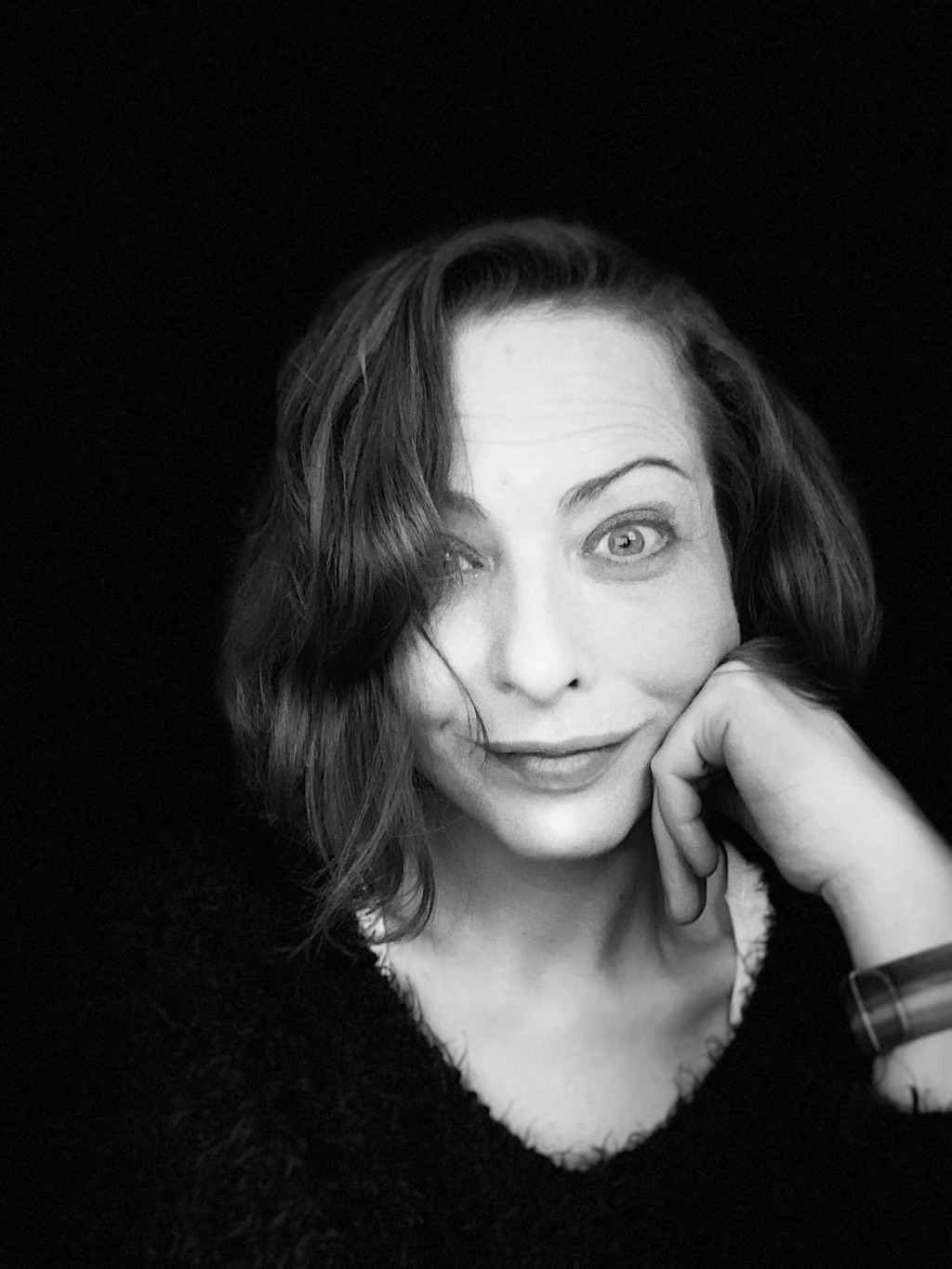 Interview with Elizabeth, a graphic designer and art director

Ah - this is a big one for me. I am not a shy and retiring person. I have a vibrant personality that I had to hide a bit when I worked in investment banking.

With our current business, we only work with clients with whom we can be ourselves.

I talk a lot about the power of personality in my freelance work and how I’ve found being myself with clients to be a real asset to productivity and output.

Saying that I’m not everyone’s cup of tea, so I take great care to check chemistry before undertaking work with a new client. At the moment, we work by referral when we have availability.

Elizabeth provides the ultimate list of tips for aspiring freelancers and remote workers. Check out her game-changing tools, and advice for thriving as a freelancer.

Read full interview from Interview with Elizabeth, a graphic designer and art director. 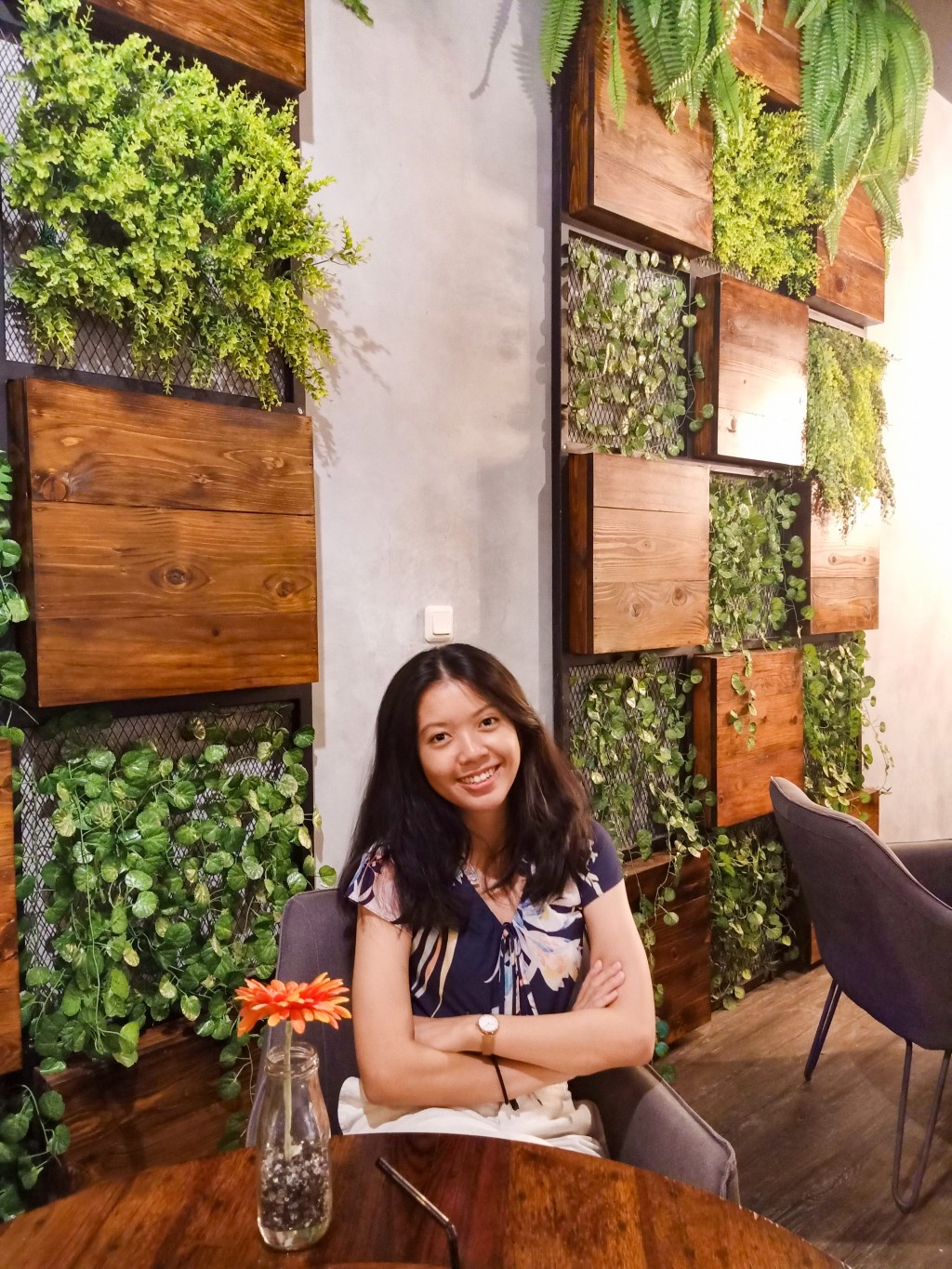 I found all of my clients on Upwork, and they have a pretty good system there, with reviews and payment verification.

I always choose clients that I can trust, so the ones with 4.5+ stars review and payment-verified.

I also trust my gut when it comes to demanding clients. If their instructions or test projects in the recruitment process still make sense, I will go with it. But if it takes too much of my time, I usually reject it. I believe there are a lot of good people as good clients out there.

A forgotten two-year-old Upwork account allowed Ascencia to become a content marketer—see how the gig economy has offered her an alternative path to success. 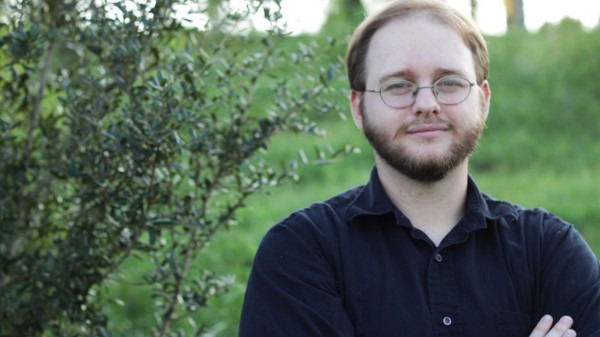 Interview with Andrew, a freelance writer who works remotely

It’s always a tough thing to figure out which clients are worth your time and which ones aren’t. While you never really know if a client is a good one until you’re working with them, there are a few red flags that I tend to look for.

The biggest one is the price ratio versus the demands they are making.

If I see someone who has a large list of demands for a project, but a very small price point, it means the client’s going to be too much of a hassle for the pay.

It’s one thing to pay very well and have a large list of rules to follow for a project, but if you’re expecting premium level work for pay below minimum wage, you’re not the kind of person I’d like to work with.

Another red flag is when a client has strange and unrealistic expectations for a work. For example, I’ve seen plenty of proposals where a client wants a book written that will become a New York Times Best Seller, or worse, they want a screenplay made based off of a “million dollar idea” that they had. These kinds of clients don’t have much of a connection to reality and will end up being a real hassle in the long run.

Sometimes you’ll run into clients who offer really steady work, but at incredibly low pay rates. But since the job is so steady, you might be tempted to take their offer and work for them. Chances are if you have strict time limits and a client who’s badgering you to get the work done as quickly as possible, chances are that you’re working with a farmer.

A farmer is someone who accepts freelance contracts for his own, then hires out other people at a reduced rate to do the actual work. He takes the lion’s share of the profits for doing none of the work. It might seem like a good deal at first, but the truth is that you could be the one getting the actual contract and getting paid the full amount instead of getting paid peanuts by someone else.

Andrew became a full-time freelance writer after experimenting with freelance marketplaces. After the first month, he was already earning more than his full-time job.

Read full interview from Interview with Andrew, a freelance writer who works remotely. 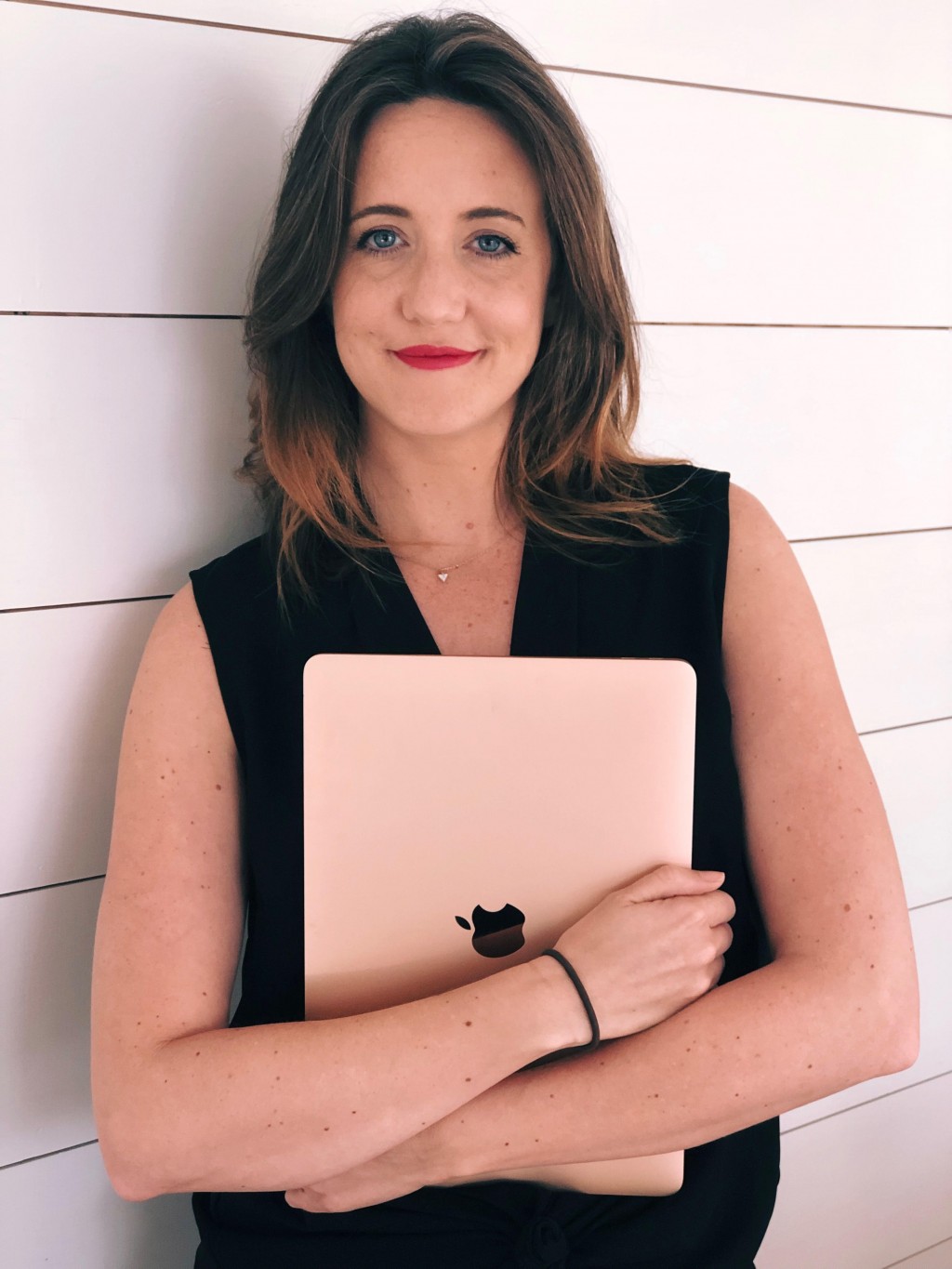 Interview with Erin, a virtual assistant with a successful approach to freelancing

My criteria have evolved over the years. When I initially launched my VA business, I said "yes" to any and every client.

My knee-jerk reaction to take on all clients really stemmed from a place of fear, though. I was only concerned with making a dollar and not going broke!

Eventually, I learned to become more discerning with my clients - not just for my benefit - but theirs too. Clients who pay good money to delegate to an assistant deserve to have a VA who understands and respects their work process.

Before taking on new clients, I now hop on a call to suss out their work style and personality. If they're not a good fit, I let them know that I think they'd be better suited with another VA.

The real bonus of being more discerning is that I open myself up to working with people that I genuinely enjoy, mesh well with my work-style, and can pay my going rate without batting an eye!

Erin has found freelancing success as a virtual assistant—see her organizational tips & insights into how she picks clients that suit her business.

Read full interview from Interview with Erin, a virtual assistant with a successful approach to freelancing. 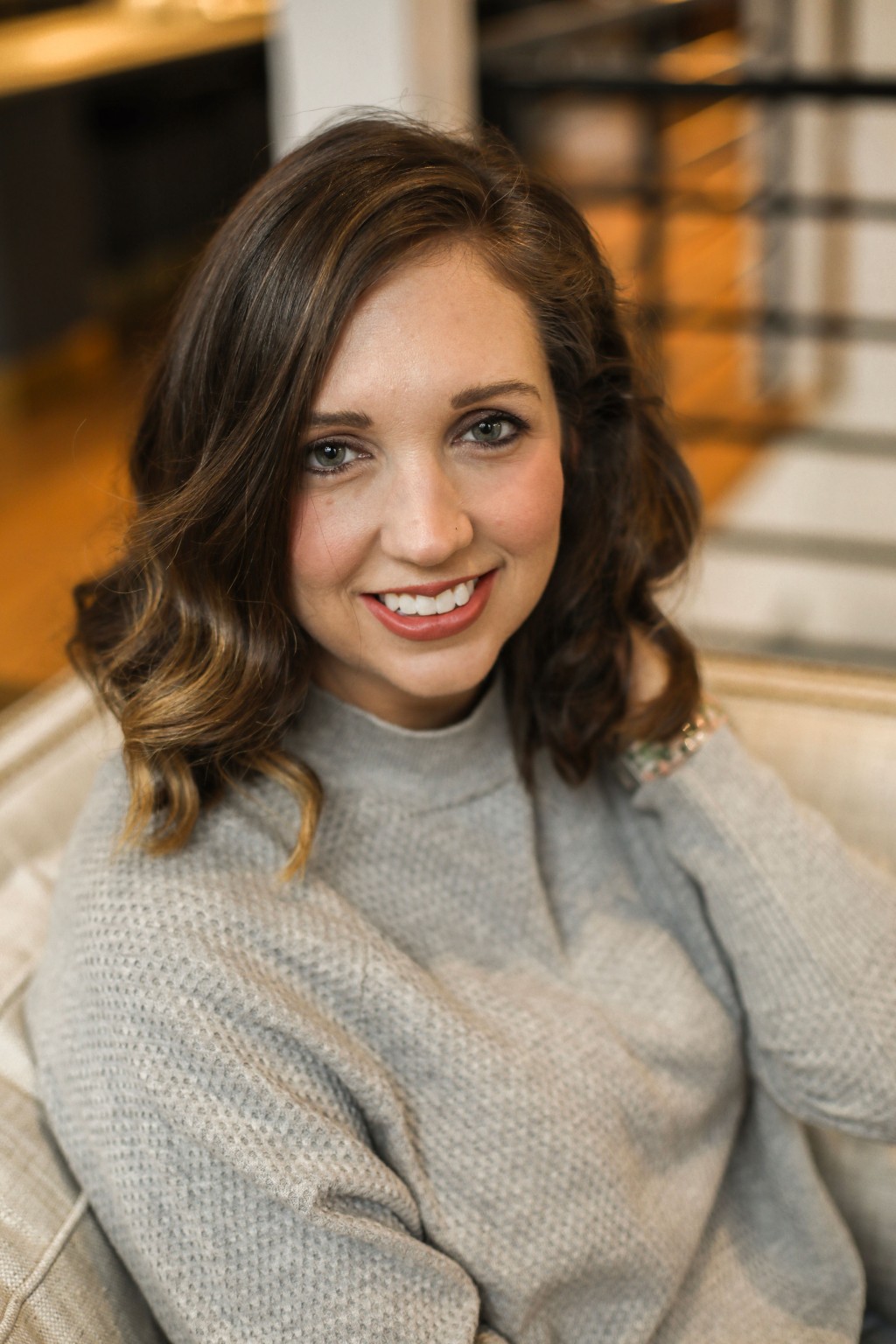 Interview with Melissa, a co-founder and remote work champion

In my past freelance assignments, I would choose to pass on clients that didn’t ask me any questions during our initial conversations.

If it was all about them and what they needed then I knew right away it wouldn’t be a positive experience.

Also, of course, pay rate came into play. I had someone once try to cut my requested rate in half and, while I needed the work, I declined the project because I needed to protect my value for other potential clients.

However, now, as a start-up consultancy, we aren’t really turning anyone down— : ) It’s all about business development and getting our name out there.

Read full interview from Interview with Melissa, a co-founder and remote work champion. 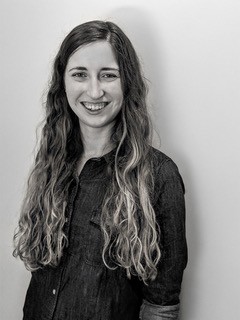 Interview with Erin, a videographer who found her freelancing niche

This is such an important thing to think about. I recently went through the process of switching my own client base.

I used to do a lot of weddings when I first got into videography, but I soon realized that it wasn’t something I would want to do for the rest of my life.

Erin is a videographer who carved out a successful freelancing niche—see how she optimizes her time and plans for the ups and downs of freelance work.

Read full interview from Interview with Erin, a videographer who found her freelancing niche.